I previewed the Movie In My Country last night with Tom. I'll be showing it in class on Tuesday. I am now carrying the story around like guilt--like the pain of awareness.

It's well-done. It's powerful. It's based on the book (which I'm embarrassed that I haven't read yet, but it's top on my pile to read), Country of My Skull.

I'm happy about the movie selections we've watched in my Culture and History of South Africa class. The most powerful ones have blown us out of the water.

The three most powerful are:

Dry White Season
Cry Freedom
and now
In My Country

The first two show apartheid in all its reality. BOTH were released while apartheid was still the law. Cry Freedom is about Steve Biko.
In My Country shows the Truth and Reconciliation Commission hearings and aftermath.
Juliette Binoche is spectacular (I have never seen her in anything that I didn't love. I think she's brilliant. First memory of her: Unbearable Lightness of Being), and Samuel L. Jackson is always powerful. Always.

If you haven't seen them, and you are the least bit interested, watch them.
Other movies we've watched, which are also powerful include
Invictus
and
Tsotsi
Both of these are also set in post-apartheid South Africa, the one concentrating on Nelson Mandela and his relationship with the South African rugby team The Springboks.
Tsotsi shows what poverty can do in the townships that endure as a legacy of apartheid. I should have put both of those in the most powerful category, too.

Still to watch are
Cry, the Beloved Country (James Earl Jones, Richard Harris...can't go wrong with that, unless we should have watched it earlier)
District 9
(Did you know that it's based on District 6 in Cape Town?)
and
Disgrace (Based on the book we're watching now, starring John Malkovich).

Our reading list included:
The Power of One by Bryce Courtenay
Africans and Americans by Joseph Mbele
Kaffir Boy by Mark Mathabane
and
Disgrace by J.M. Coetzee

Other books I still need to read are
Country of My Skull (The Movie In My Country  is based on this book; I might substitute it for Disgrace  if I get to teach this class again)
BIKO
Cry, My Beloved Country

And many, many more. But these are at the top of my list.
Posted by Rebecca (Becky) Fjelland Davis at 6:32 AM 1 comment:

Why South Africa? Why does this country matter in our study of Humanities?

Bill Clinton summed it up well. He said this after Mandela's marriage at age 80, and on the occasion of Mandela's retirement from the South African Presidency:

"In every gnarly, knotted, distorted situation in the world where people are kept from becoming the best they can be, there is an apartheid of the heart. And if we really honor this stunning sacrifice of twenty-seven year, if we really rejoice in the infinite justice of seeing this man happily married in the autumn of his life, if we really are seeking some driven wisdom from the poser of his example, it will be to do whatever we can, however we can, wherever we can, to take the apartheid out of our own and others' hearts." 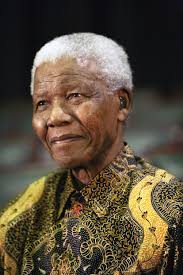 Posted by Rebecca (Becky) Fjelland Davis at 7:14 AM No comments:

Had a terrific visit last week with the St. Peter 8th grade English classes. The students were wonderful listeners and had great questions. They had all read Chasing AllieCat, so it was much, much fun to get to talk with them! Thanks, Ms. Hughes!

Time is flying past!
It's April 10 already! And look at the ground! Freya's happy--she was crazy this morning, playing "Grab Mom's warm stuff and run." (Question of the day: How many exclamation marks can one writer use in one short blog post?) 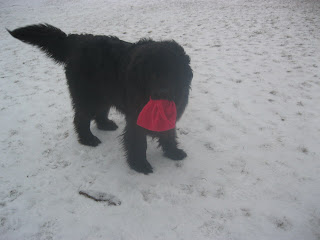 Time is flying! I'm not keeping up with my days...I put out fires at school, work on the details we need to iron out for our trip to South Africa, try to keep up grading and reading ahead of the students, and try to squeeze in a little writing and a little cycling.

South Africa approaches, and it's getting more and more exciting as it does. Will keep you posted...might have more news by the end of the week! (There--I had to end with another exclamation point, of course).
Posted by Rebecca (Becky) Fjelland Davis at 7:08 AM No comments: