The trailer for my friend Kirstin's novel--coming out in Sept.--The Sky Always Hears Me is on the front page of the Flux Books website.
Check it out. It's really cool.

Posted by Rebecca (Becky) Fjelland Davis at 5:09 PM No comments: 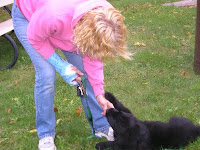 It's Freya's birthday!! My baby is one year old. But look how much she's grown. Wow.

I might have to take her swimming sometime late this afternoon. But first: walk her, write, meet Trish for lunch, and then about a fifty-mile ride. THEN maybe we'll go swimming.
Posted by Rebecca (Becky) Fjelland Davis at 6:31 AM 3 comments:

And check out this amazing blog/story:

“Fanfare Magazine"---Robert Schulslaper
wrote this review of "Inside Out"--Tom McCaslin's new Tuba CD released by Crystal Records. Check it out! This is the album for which I wrote the program annotations. You can buy the album at:

This is not your grandfather’s tuba, the genial, lovable purveyor of polka oom-pah-pahs or even the deep anchor of symphonic brass sections and marching bands. This is a flexible, agile instrument with a wide compass, capable of everything from sweet-toned lyricism to growling assertiveness, its latent attributes fleshed out by multiphonics, whoops, splats, and prerecorded sounds. Tom McCaslin, one of a growing number of contemporary tuba virtuosos, seems to be having a great time performing this imaginatively programmed recital, in the process awakening listeners to the instrument’s capabilities. Actually, this flowering of tubism (have I coined a word?) isn’t quite as recent as I’m implying. Roger Bobo, one of McCaslin’s teachers, has been making acclaimed recordings of new repertoire for years, and John Griffiths, another mentor, enthusiastically promoted the tuba through performance and commission. But for those who, like me, don’t get to hear much of this music, this CD was an ear-opener.

Pilafian’s Armenian-flavored piece supports the soloist with a tuba drone and native percussion (the aforementioned prerecorded sounds) that reinforce the exotic atmosphere. Amusingly, the last movement includes a melody that sounds like a quote from Fiddler on the Roof. Elsewhere, the composer seems to imitate the celebratory ululation of Arab women briefly, albeit in a restrained way.

Frank Zappa’s Outside Now, Again somehow strikes me as humorous. Perhaps I’m under the sway of my recollections of his provocative, sardonic, counter-cultural personality and his penchant for outrageous names for his compositions and even his children, Moon Unit and Dweezil. Zappa challenges the performer with a “scaldingly fast” tempo (annotator Rebecca Fjelland Davis), further complicated by demands for rapid repeated notes. Toward the end of the piece, I was reminded of When Johnny Comes Marching Home; probably the resemblance was unintentional, but with Zappa, who knows? The enhanced version adds an extra tuba voice through the use of multiple harmonizer and phaser effects: apparently Zappa often used these electronic techniques in his albums. Speaking of this piece, the composer’s widow declared, “This is definitely not for faint of heart members of an audience. This rocks my world.” I can’t imagine anyone so musically timorous or unadventurous as to buckle under the strain of listening to Outside Now, Again, as I found it a very likable piece. However, it’s certain that the composer didn’t make things easy for future performers. Roger Bobo, to whom Zappa first showed the piece, wrote to McCaslin about the literal-mindedness of Zappa’s transcription machinery. (This inflexibility hasn’t improved over the years, as today’s notation programs’ attempts at taking dictation frequently have to be quantized, i.e. adjusted to more human capacity.) “This device was unkindly sensitive; I remember one measure in 4/4 time that had 17 16th notes in it and they were bracketed with a 17. In that ‘decaseptuplet’ there were other brackets over triplets and quintuplets . . . The music was extremely difficult, I didn’t understand it . . . but now there are guys like you who will do it.”

Filas’s Sonata for Tuba and Piano alternates between vigorous, even furious explosiveness and delicate, vaguely Bartókian ghostliness. Swirling piano figures and rhythmic change-ups keep things moving in the faster sections and the slower, more atmospheric moments are mysteriously beautiful. Salgueiro’s cONCERTO for tUBA—yes, that’s the way the titles are printed— capitalizing on similar contrasts (I didn’t spot the emerging pun until it was too late), begins with spectral, music-box-like piano patterns and a cellar-dwelling melody for tuba that gradually emerges from the “dEPTHS” as the piece becomes more assertive. “bEATING” is more energetic, courtesy of the ceaselessly driven piano, but its melody is lighthearted. “cADENZA” continues in the same happy vein, with simple, repeated harmonies adding to the happy-go-lucky feeling, while “fANTASY” is a truly lovely lullaby: it must take great breath and tone control to play with such beguiling simplicity. “fIREWORKS” relentlessly brings the cONCERTO to a robust conclusion. The cONCERTO, originally written for tuba and wind ensemble and premiered by McCaslin, was rearranged for piano and tuba by the composer, who structured the piece in such a way that the five movements flow together without pause.

Thuillier’s Rebellion, a test piece commissioned by the Paris Conservatory, puts the tubist through his paces, requiring sustained notes at opposite registral extremes and mastery of quick moving, widely dispersed melodies, dynamics, and multiphonics. What Davis calls “funk” passages bridge the classical and jazz styles that are the composer’s preferred genres: a tubist, he frequently performs as an improvising musician with symphony orchestras. Elizabeth Raum wrote four concertos and numerous solo works for John Griffiths, so Tribute, her memorial to him, has great personal significance. Before his untimely death, Griffiths told McCaslin that he was going to request “a beautiful song” as his next commission from Raum. Although he didn’t live to play it—Raum didn’t learn of his wish until too late—Tribute’s long-lined melodiousness would surely have pleased him.

Pianist Gail Novak is excellent throughout, contributing greatly with her rhythmic incisiveness, expressiveness, and when called for, extroverted virtuosity. I enjoyed this CD very much, but I do have one complaint. To my ears, the piano suffers from a split personality: so long as it’s played at soft levels it has a most attractive tone, but once things heat up, it turns regrettably hard-edged. It’s not uncommon to hear pianos voiced in this way in rock and roll, but even there I find it a lamentable choice. I certainly can’t understand why manufacturers and pianists performing what we call classical music would prefer an instrument that sounds almost as if its hammers had been varnished. Contrary to what I’ve sometimes read, this kind of tone is not necessary to allow the pianist to coexist with or cut through an orchestra. I’ve played pianos like this and been astounded that revered brands have the nerve to offer such instruments for sale. Perhaps I shouldn’t have remarked upon it, as this disc isn’t the worst offender I’ve heard, and the piano is somewhat recessed vis-à-vis the tuba, a perspective that helps to minimize this flaw. In any case, having gotten that off my chest, I still unhesitatingly recommend the disc to brass enthusiasts and anyone else willing to be startled by the tuba’s musical versatility.
Robert Schulslaper
Posted by Rebecca (Becky) Fjelland Davis at 11:13 AM No comments:

Freaking out a little bit

School starts way too soon. I have had a spectacular summer, but where has it gone?? I'm writing like an S.O.B. to get something finished before I have to be at school every day again. Working on Slider's Son, the murder-in-North Dakota story right at the moment.

Freya would rather be outside than under my desk, but she won't leave me. I better go take her for some play time and get back to work.
Posted by Rebecca (Becky) Fjelland Davis at 5:48 AM No comments:

Freya was happy to have me home! 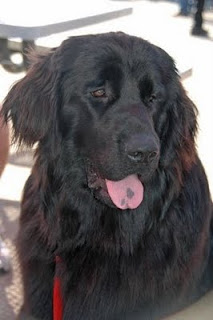 Posted by Rebecca (Becky) Fjelland Davis at 8:48 AM No comments: